If you thought Brazilian women were all about being just beautiful and sexy, think again. According to a massive study of Gender in the Global Research Landscape are Brazilian women leading the world when it comes to a key measurement on science. Brazilian women are moving ahead in the professions and technical fields, as well as education and health. They are 60% of Brazil’s college graduates and between 2001 and 2011 the number of Brazilian women who own their businesses grew as much as 21%. The Brazil’s Girl Power is on fire!

Lets take a look on some of Brazil´s superwomen.

Dilma Vana Rousseff is a Brazilian economist and politician who was the 36th President of Brazil. With this appointment, she has become the first woman to hold the prestigious office.

Maria das Graças Silva Foster is a Brazilian business executive and chemical engineer. She was the CEO of Petrobras-Petróleo Brasil. She was the first woman in the world to head a major oil-and-gas company.
Zodiac sign: Virgo
Net Worth: $5 million

Gisele Caroline Bündchen is the highest-paid model on the planet.
Zodiac sign: Cancer
Net Worth: $360 million 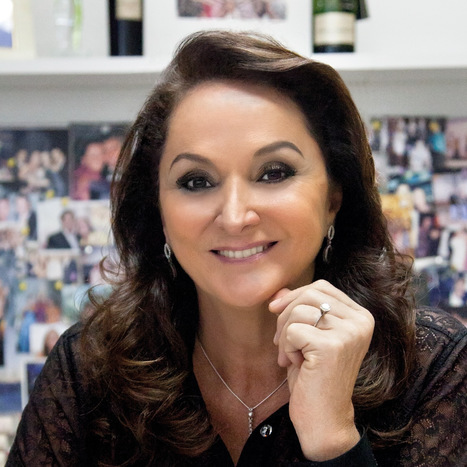 Picture: scoop.it
Sonia Hess is a entrepreneur who turned the family-owned brand into a major fashion house.

This website uses cookies to improve your experience while you navigate through the website. Out of these, the cookies that are categorized as necessary are stored on your browser as they are essential for the working of basic functionalities of the website. We also use third-party cookies that help us analyze and understand how you use this website. These cookies will be stored in your browser only with your consent. You also have the option to opt-out of these cookies. But opting out of some of these cookies may affect your browsing experience.
Necessary Always Enabled
Necessary cookies are absolutely essential for the website to function properly. This category only includes cookies that ensures basic functionalities and security features of the website. These cookies do not store any personal information.
Non-necessary
Any cookies that may not be particularly necessary for the website to function and is used specifically to collect user personal data via analytics, ads, other embedded contents are termed as non-necessary cookies. It is mandatory to procure user consent prior to running these cookies on your website.
SAVE & ACCEPT